Professor Aswad serves on the Advisory Committee on International Law to the U.S. Department of State’s Office of the Legal Adviser. From 2013-2017, Professor Aswad served as the U.S. substitute member on the Council of Europe's Commission for Democracy through Law (better known as the "Venice Commission"), which issues opinions on a variety of international human rights, constitutional justice and rule of law matters to governments as well as international organizations. Professor Aswad was named outstanding faculty member by College of Law students in 2014, received the university-wide David L. Boren Award for Outstanding Global Engagement in 2016, and the World Experiences Foundation's Citizen in Law/Politics Award in 2017.

At the U.S. State Department, she advised senior officials on a wide range of international human rights law matters, including Internet freedom, the assessment of foreign laws and practices with respect to human rights obligations, issues at the intersection of international business and human rights, U.S. ratification of human rights treaties, human rights litigation in U.S. courts, issues involving mass atrocities and accountability, and matters arising in multilateral fora, such as U.S. participation at the United Nation’s (UN) Human Rights Council and its Universal Periodic Review process.

She served as legal adviser for U.S. delegations in a variety of multilateral fora, including the UN Commission on the Status of Women, the Third Committee of the UN General Assembly, the UN Human Rights Council, the Organization of American States, the OSCE Annual Human Dimension Implementation meeting, and the delegation presenting the U.S. Periodic Report to the UN Committee on the Elimination of Racial Discrimination as well as the delegation presenting the first US Universal Periodic Review report to the UN. She received superior honor awards for advancing international human rights through bilateral and multilateral diplomacy.

She taught international human rights law and multilateral negotiations to U.S. diplomats at the Department’s Foreign Service Institute. In addition, she taught international courses as an adjunct professor at Georgetown’s School of Foreign Service as well as its Law Center. Prior to joining the State Department, she worked at the Washington, D.C. law firm of Arnold & Porter and clerked for the Honorable Arthur J. Gajarsa at the U.S. Court of Appeals for the Federal Circuit in Washington, D.C.
Speaking At
Technology of Censorship 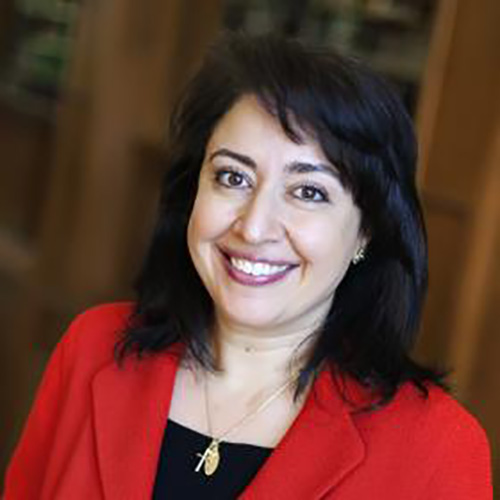